Confirmed keynote speakers at this point 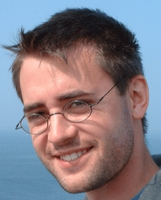 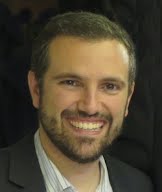 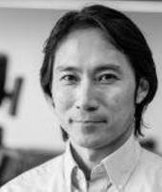 From 2003 to 2010, he was an Associate Professor with the Department of Computer Sciences and the Image Sciences, Computer Sciences and Remote Sensing Laboratory (LSIIT), University of Strasbourg—CNRS. From 2009 to 2010, he was an INRIA invited scientist within the TEXMEX team of IRISA/INRIA Rennes. In 2010, he joined the Université Bretagne Sud, France, as a Full Professor in Computer Science, in the Institute of Technology of Vannes and the Institute for Research in Computer Science and Random Systems (IRISA), France. Within IRISA, he leads the OBELIX team dedicated to image analysis and machine learning for remote sensing and earth observation. His research interests are in image analysis and pattern recognition, using mainly mathematical morphology, hierarchical models, and machine learning techniques with applications in earth observation and content-based image retrieval.

He was a Postdoctoral Researcher at the University of Valéncia, Valéncia, Spain, the University of Colorado, Boulder, CO, USA and EPFL Lausanne, Lausanne, Switzerland. Between 2014 and 2017, he was an Assistant Professor with the Department of Geography, University of Zurich, Zurich, Switzerland. Since 2017 he has been an Associate Professor in the Laboratory of Geo-Information Science and Remote Sensing, Wageningen University & Research, The Netherlands. He is interested in algorithms for information extraction and data fusion of remote sensing images using machine learning.

Atsuto Maki received the PhD degree in computing science from the Royal Institute of Technology (KTH), Sweden, in 1996. Prior to that, he studied electrical engineering at Kyoto University and the University of Tokyo. He is currently an associate professor at the School of Computer Science and Communication, KTH. He has previously been a senior researcher at Toshiba Research Cambridge, U.K., an associate professor at the Graduate School of Informatics, Kyoto University, and with Toshiba Corporate R&D Center. His interests cover a broad range of topics in machine learning and computer vision, including motion and object recognition, clustering, representation learning, and stereopsis. He has been serving as a program committee member at major computer vision conferences, including as an area chair of ICCV’09. He is a member of the IEEE.

On the Utility of ConvNets Visual Representations​

Nicolas Courty is an associate professor within University Bretagne-Sud since October 2004. He obtained his habilitation degree (HDR) in 2013. In 2012, he was an Invited Professor with a Senior Chinese Academy of Science (CAS) fellowship at the Institute of Automation (CASIA), Beijing, China. In 2014, he spent two months at LASIG (EPFL) as an Invited Professor from EPFL.

Dr. Courty serves as a regular reviewer for international journals such as IEEE JSTARS, TGRS, Data Mining and Knowledge Discovery, and Machine Learning.

Wasserstein loss and applications to GANs and domain adaptation